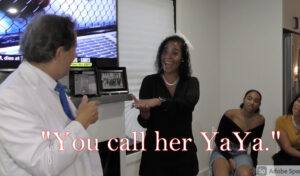 Many people don’t know one form of magic from another. Most have a stereotype of what a magician is and does. Some think we are childish and are only entertainment for Children’s Birthday Parties.

I perform birthday parties in Boston and its surrounding suburbs, but for adults.

I have one specialty which goes by many names. Strolling Magic, Walk Around Magic, Mix” n Mingle, Close Up Magic. If you know other names or something comes to mind, send it to me www.ferrantimagic.com.

The Strolling Magician does not perform a formal show. I mean, you wouldn’t set up chairs and have your guests seated to watch a 45-minute show. (Although you may be interested in a formal close-up show.)
There are unlimited venues where you may use a Strolling Magician. I list these on my services page.
In short, The Magician makes his way through the event entertaining groups of people. It is not unusual to hear loud clapping, laughing, and cheering. It is a good time for everyone involved. You will have people approach you and tell you-you are the best magician they have ever seen. When, in fact, you may be the first professional magician they have seen.

If they see another magician in the future, it is likely they will feel the same way. Just the latest best magician they have ever seen.

The way we present our magic will put us in a category. If you present yourself as a psychic, and your audiences believe you. Then your appeal will be dramatic, if not a little unsettling.

If your approach is magic with a “wink” in your eye, the entertainment will be fun and comedic. Presentations with a comedic edge come naturally to magicians, as the surprises which naturally occur in a magic performance result in laughter from your audience.

I enjoy the comedic approach. I take nothing too seriously. Yet, the magic is still impactful.

June 6th, 2021…graduation and celebration for the Senior Class of Newburyport High School.
In May, I performed for the Billerica Memorial High School Graduating Class. Although I was fully vaccinated, the students were not. Following safety protocols, I performed with a mask as well as the graduating class. It was a great evening, enjoyed by all. We made the best of what we had, still not out of the pandemic.

Jump forward to June 6th, the entire graduating class on Newburyport High School has been vaccinated and we picked up where we left off pre-pandemic. No holds barred, Close Up Magic performed as it is meant to be performed, “Close Up and Personal.” The kids, 17 and 18 years old loved it. I mean kids compared to me, the young men and women are heading off to college at the end of the summer, and they’ll be attending classes in person. The graduates caught a “break” after the seemingly endless life with restrictions.

Of course, we will all go through many challenges as the return to “normal” is not going to happen overnight.
Good Luck to you all, it was a pleasure to meet and spend a few minutes entertaining you with magic.
Joe Ferranti

The return to normalcy was short-lived. We have stalled at 54% vaccination. Certainly short of slowing the spread, or variants of this virus. We are booked into December for holiday parties. Money has been spent securing venues, let us hope we can gather together to continue the celebrations. 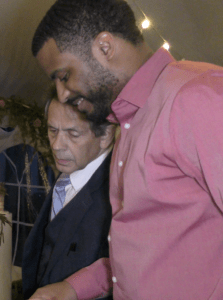 Graduation parties are a small part of the total entertainment package you will find from The Magic of Joe Ferranti. We are available to help you celebrate all the milestones through life. Contact us for Birthdays, cocktail parties, Holiday Parties, Christmas, New Year. Magic entertainment is only limited by your imagination. Where ever people gather is a good time to have magic on the menu.

See Reviews of The Magic of Joe Ferranti

I see concert tickets on sale for December 2021 at the Boston Garden. Sporting events are running currently at limited capacity and expect to increase as we head towards summer. Other states are already open at full capacity…we have our fingers crossed. I will continue to follow all best practices to provide our services safely for our clients.

With concerts pending in the coming winter, I expect a busy Holiday season, filled with performances for current and future clients.

Weddings are resuming, as well as graduations and many other celebrations…I will do whatever it takes to ensure your safety as well as provide the Very Best in Magic entertainment.

In the above picture, we see Boston magician Joe Ferranti with the “girls”. I was not part of the original plan. (Not even close!)

Joe Ferranti is not your typical entertainment for a bachelorette party

The ladies had originally planned to spend a weekend in Miami, but the world changed because of the coronavirus. Still, they wanted to celebrate in some manner, back home in Boston. They found me on Google, which lead to additional bookings from the hostess. 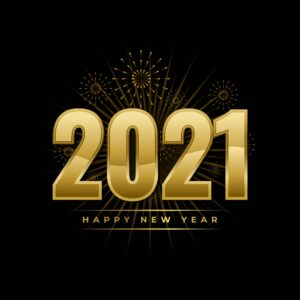 Most often we welcome a New Year with immediate expectations of turning the page and moving “onward and upward.” Unfortunately, we are unable to shake 2019,2020 of their impact on our lives. I certainly do not need to tell my story of how my business is on hold. Everyone on the planet has their own story to tell.

I am fortunate, I’ve lost some income and dearly miss human interactions of my magic performances in Boston and throughout Mass. So many have lost everything, there are no words that can convey the sadness we feel for the less fortunate.

In 2021, I look forward to performing at Weddings, birthday parties, corporate events, and 2021 Holiday parties. I want to shake hands, hug, (when appropriate)
I am ready for my vaccination, and will continue to cooperate until it is safe for everyone to move about freely without fear of harming my fellow humans.

The Magic of Joe Ferranti is ready to provide the Very Best in Close Up Magic and Parlor shows for your events. Let us reacquaint and celebrate whatever portion of 2021 remains for us to celebrate.
Best Wishes for a Safe and Healthy 2021!
Sincerely,
Joe Ferranti 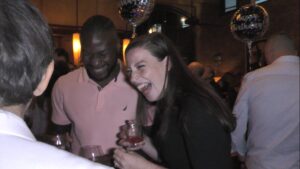 When your claims go beyond what you can deliver, you will eventually be exposed. I have seen Magicians who advertise a Stage Show, Corporate Magician, Balloon Twister, Face Painter, Sleight of Hand Expert, Children’s Birthday Parties, and Gambling Demonstrations. Really! I don’t think so! Good news, it’s becoming easier to decipher the mishmash of information.

The proof is in the photos or videos. You do not have to rely totally on the written word. The best testimonial is the live video. This tells the story. You will see the reactions to the performance. You need not see the entire performance, but you will get a feel. There should be a sampling of every claim.I am currently at work, lining up some live shots of my work. You deserve it. You should demand it of everyone you consider for your event.

Every time any of us leave a client totally satisfied, they will say, “You are the best.” Not likely, but it’s nice to hear. Keep your ego in check. We’re all the “best” when the client receives full value for their investment. When they don’t, we all pay the price.
Joe Ferranti

A weekend of Magic

Somehow, it feels wrong to get paid for having so much fun. However, I’m not complaining. On a recent Friday I had the privilege of performing my style of walk around (strolling) Magic at a 40th birthday party.

Everybody is already in the right mood to be entertained. As the Magician, you run on the energy of the guests and they feed off of your enthusiasm. Some type of perpetual energy.

I enjoy the powerful reactions

You know it’s going to be a goodnight when guests from three different rooms come and surround you because of the loud reactions and applause. Some even follow you around the party in order not to miss anything new.

When the Birthday “boy” blew out the candle I was hoping he was wishing I could be forty again. No such luck! I hope he gets his wish.

Entertining Kids at an adult event

Saturday evening, I find myself at a wedding reception. I know we will have children and adults. So I start with the kids. They were all just coloring quietly at their tables. That didn’t last long. They love sponge balls. What could be more magical? They appear, they disappear, they travel from here to there. They multiply, they fly into the children’s hands. What more could you ask for.

The adults around start watching and realize this might be fun for them as well, and it is. Coins, Cards, rubber bands. Organic props, everybody knows what they are. The crowd is a little more subdued than the night before. Don’t forget, the ages were five to seventy-five. I don’t have to tell the Magicians, but I always perform a special effect for the Wedding couple. I leave them with an impossible souvenir, which some put in their wedding albums.

Contact Joe Ferranti to find out how he can make your next event memorable and magical.