Boston Magic Scene in the 1970s

In the mid-70s, I began my study of magic as a young adult. I was interested in Card Magic and Coin Magic.

I enjoyed my magic books, although it was sometimes difficult, if not impossible, to interpret a sleight from the written word. As for mentors, I never had one. I made the best of what resources I had and learned a lot from what I could extract from my books. Unfortunately, learning only from books, some sleights or tricks, would be impossible for me to process, leaving my development handicapped in some areas.

My primary interest was card magic. It always fascinated me. From the stage magicians who would pluck cards out of the air, almost endlessly, to the Close-Up Magicians who would find a previously signed card, inside an envelope, inside a zippered compartment in a wallet.

Perhaps the most famous of the card manipulators was Cardini. (Richard Valentine Pitchford) I believe what made him the greatest card manipulator in history was his stage character. I do not dismiss his technical skills, which were second to none during his career.

As I recall, in his act he was a British gentleman, returning home from an evening out, and appeared innocently, a little “tipsy”. And as much to his bewilderment, cards would appear at his fingertips, while wearing gloves. Unlike most magicians, the magic happened to him, as opposed to being the conjuror himself.

My interest in playing cards was in the card trick category. I was looking for something a little more “magical” than the “twenty-one card trick“, or the obvious “Key Card” discovery, where you would simply look through the deck and pull out the selection and ask, “Is this your card?”

I previously mentioned Walter Gibson’s book. Soon after I discovered Close Up Card Magic by Harry Lorayne. A much treasured book of many magicians. I also discovered the work of Paul Harris, a young magician who had a unique perspective on magic. His writing was fresh and amusing. No one had ever displayed a sense of humor in their writing of card tricks.

Paul also found new uses for playing cards. Tearing holes in cards and linking and unlinking them like the famous Chinese Linking Rings. Or a regular deck of playing cards, turning into a solid block of cards.

To be complete, I also studied the work of Martin A. Nash and Coin Work in Bobo’s Modern Coin Magic.

Things sometimes change unexpectedly, and in 1978 I stopped all my involvement in magic for about ten years. Next time,         I return to magic, and eventually discover the joy of performing as a semi-professional. 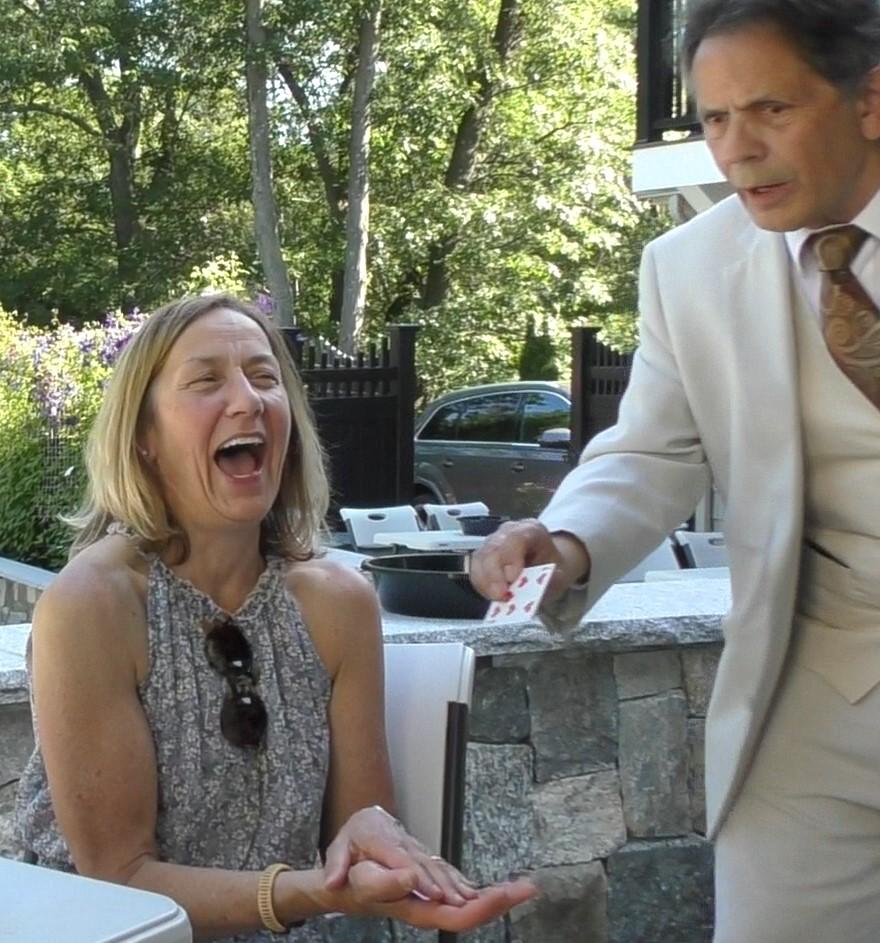